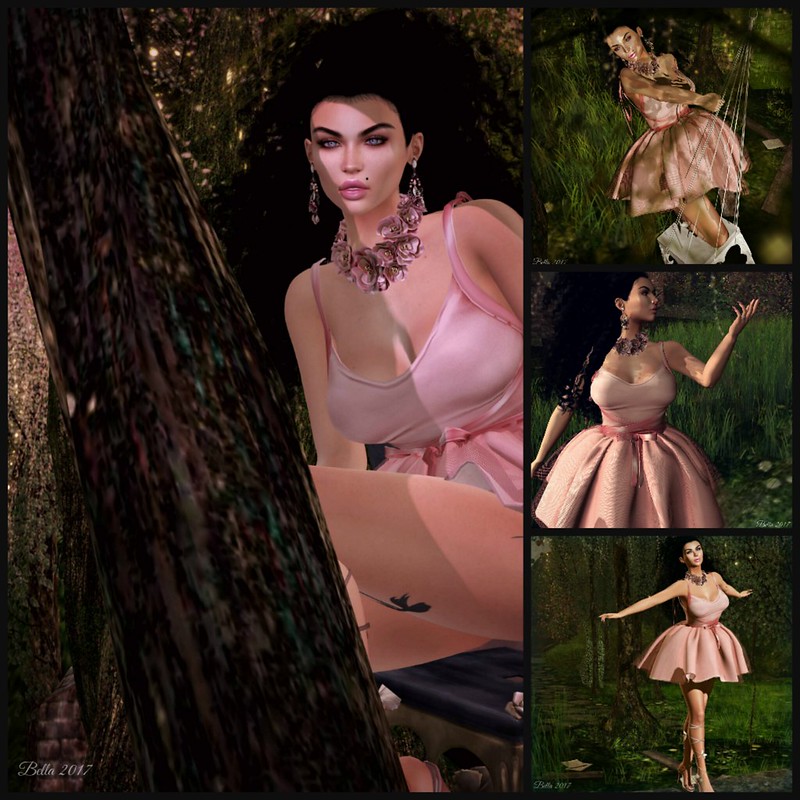 I know, I know…claiming to be a babygirl in SL today is what claiming to be a Wiccan was like back in the mid 90’s when the movie “The Craft” came out.  It’s all the rage.  Sadly, it also has an extremely bad rap on SL.  Mainly through ignorance (it has nothing to do with children or pedophilia….child play and age play are two VERY different things…child play involves children and is illegal…age play involves TWO consenting adults) and A LOT through those in SL who claim to be babygirls.  What they actually are are Sugar Babies who occasionally (or more than occasionally) like to take the “bottom” role sexually.   Most on SL forget the second part of the term…which is submissive.  It is something that I am, something that I have always been. I am not going to take the time to explain further.  There are websites out there that can do a much more eloquent job than I can in doing it for those that are interested and open minded.  For those who are bigoted ignorant assholes, nothing I can say or anyone else can say will expand their atrophied brains.

For those who know what I am talking about…I am not a “little”.  I consider myself a mid or a big.  Basically when I get into that “space” I act like an emotionally stunted and socially retarded 15 year old.  (Fuck you to every one of you who just thought “Jeez, Bella, you must be in that space A LOT).  Being in this space is normally, not a bad thing for me at all.  Sometimes I go there when things are too hard for me to handle, but more often than not, it’s a happy place…and this time it is for me.  During these times, I tend to be a lot more giggly, hyper and I wear a shit ton of pink.  I just feel softer and I want to project that.  Even in RL…I am FINALLY getting out of retail..Starting a brand new job with one of the offices of the State I live in.  I am so excited.  It’s been a long time coming.  When I went to shop for new clothes, after telling myself over and over again “STOP PICKING BLACK”…I noticed a lot of what I did pick was soft pinks and pastels.  It’s just where I am right now.

Of course like most people, my RL affects my SL and yes, my SL does affect my RL to a large extent cause I’m not a fuckin’ sociopath. I have never been in a happier place in my secondlife.  As I state in my bio for this site, in May I got married in SL for the first time to an amazing man whom I love dearly.  Our relationship does blur the lines of SL/RL and yes, he is married and yes…she knows…she is the one who introduced us and is also one of the most important people in both my lives (She’s actually my SL daughter….don’t try to figure it out…your brain will explode…no..he is NOT my sl son).   Pop and I have been together for over a year in SL and are coming up on our one year wedding anniversary in May.  That’s pretty impressive for SL.   We found what works for us…which is a polyamorous open marriage.  Now I am sure many in SL are familiar with the most common form of “poly” in SL…the Poly Dominant with two or more girls who are restricted to only him sexually.  While I have been in relationships like that in the past (and I have dear family and friends who are currently in relationship like that and it works for them…) that’s not the relationship I am in.  I am allowed to go out and have other sexual partners and even relationships.  It took me along time to grasp my head around that one and even get to the point of trust and comfort for me to go do that.  But…my SL Husband is an amazing, loving, caring and very patient man.

Like most people, I was raised in RL in a family where monogamy was how it was.  I was raised Italian Roman Catholic.  I had NO idea what polyamory was and I thought it was a religious things that Fundamentalist Mormons did.  While there is NOTHING wrong with monogamy (and seriously, poly people…it may not work for you…but it does and can work for some, so stop knocking it), even before I met my SL Husband, I began believing that monogamy was NOT right for ME.  One person to fulfill all my emotional, spiritual and sexual needs?  Me being the ONE person to be all that for another?  Ugh. It does NOT appeal to me in RL and it definitely does NOT appeal to me on SL.  I try to tell people “Do you have just one friend?” No…But for some reason sexual jealousy is made to be this insurmountable and unforgivable thing.  Do I ever feel jealous?  Fuck yes.  I am human. It’s a base emotion.  Is my jealousy over shadowed by the happiness I feel when I see my SL Husband happy cause he’s in another relationship…in the words of Mr. Big…”Abso-fucking-lutely”  And he feels the same way for me. For the first time ever, I am living the ideal relationships…for me…Yes..I said relationships.

Someone from my SL Past came back into my life a little more than a year ago.  We had tried to be together but RL just got in the way.  When he came back into SL he was so sure that I would not want to speak to him cause he disappeared twice (both for RL reasons).  But I could never get this man out of my head.  When we reconnected, he had recently met someone on SL and he wanted to pursue that (I was pregnant and soon to be married and honestly, not in the space to even think about seeing someone else, even though it was ok for me to do so).  Over the course of the year, me and this man got a chance to really get to know each other as friends.  (Just cause I am poly doesn’t mean I do not respect boundaries of other people’s relationships and just cause I am poly does not mean that my relationships don’t have boundaries…they very much do.)  Right before the new year, this man and the woman he was with broke up.  After the new year, we decided to go on a date in SL and the rest is history so to speak.  I am finally able to have with this man the relationship we tried to have three years ago when we first met.  My SL family has met him, they like him…and yes..even my amazing husband has met him and approves of him (I would not be with him if he did not…not cause he’s my Dominant, but because that’s how it works in Poly…the primary partners have to be ok with the secondary partners…just like I think two woman my sl husband is seeing are absolute dolls…i even set one of them up with him).

I don’t know why I am choosing to state this.  I may even get some pretty asshole responses (I mean I do live in the country that elected a human cheeto to be president). But I am happy..and this is why I am happy. I love and I am loved.

Style Card
**Denotes Sponsor Copies**
(Want a link to your store name in my blog…easy…get ** next to your name…other wise they can find them the same way I do..with search)